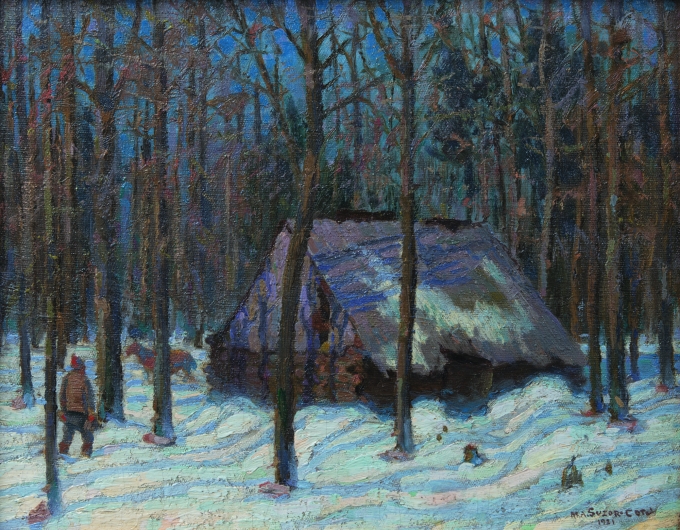 Born in 1869, in Arthabaska, Québec, Marc-Aurèle de Foy Suzor-Côté was an artist who portrayed not only Canada’s landscape, but her people and history as well. His love of art began during his school years and he later apprenticed with local artist Joseph-Thomas Rousseau. Between 1886 and 1891 he assisted with painting the decorations for three churches in and around Arthabaska. Following this project, Suzor-Côté made his first of many trips to Paris in 1891. He stayed there for four years, studying at the École des Beaux-Arts, before returning to Québec and establishing studios in Montréal and his hometown. Suzor-Côté returned to Paris where he remained until 1907. While there, he took classes both at the Académie Julian and the Académie Colarossi. His work was included in many exhibitions and he began to distinguish himself as an artist, both at home and abroad. Upon his return to Canada in 1907, the artist began to explore sculpture and divided his time between his two studios. He continued to exhibit and create work, becoming increasingly well known, until a sudden stroke in February of 1927. Suzor-Côté moved to Daytona Beach, Florida, for health reasons, where he remained until his death in 1937. 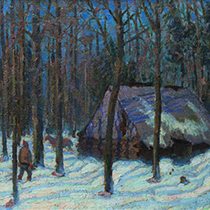