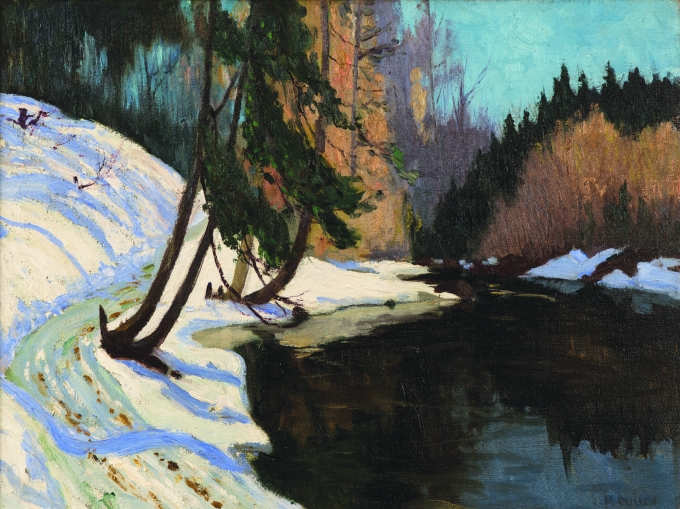 Maurice Galbraith Cullen was born in St. John’s, Newfoundland in 1866, and moved to Montréal with his family at the age of four. After brieﬂy pursuing a career as a commercial artist, Cullen began training formally as a sculptor. He enrolled at Montréal’s Institut National des Beaux-Arts et des Sciences with Abbé Chabert and Louis-Philippe Hébert. Four years later, after the death of his mother, he travelled to Paris, which brought him, for the first time, into contact with the work of the Impressionists. Their work encouraged him to renew his study of art, with a focus on painting. Although, at the École des Beaux-Arts, he was officially trained in the academic tradition, the impressionist style greatly influenced his later work. In 1894, five of his paintings were included in the annual salon and one was purchased by the French government. In 1985 Cullen returned to Montréal, established a studio and continued to paint. He began painting en plein air, taking many sketching trips during the warmer months and painting snowy city scenes during the winters. Today, Cullen is known for his depiction of the Canadian winter landscape. His work greatly influenced the next generation of artists, including the Group of Seven. Cullen continued to travel in order to paint. His travels took him through the Rocky Mountains, France, Italy, North Africa and the Netherlands. He served as an official military artist during the First World War. After being featured in a number of exhibitions during the early 1920s Cullen moved to Chambly, Québec, where he built a stone house and studio. He died in 1934. 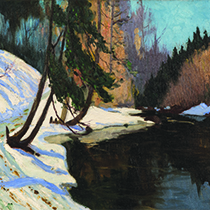 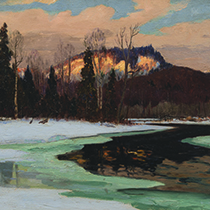 March on the Cache 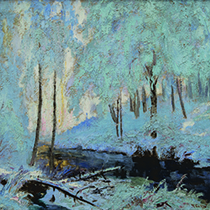