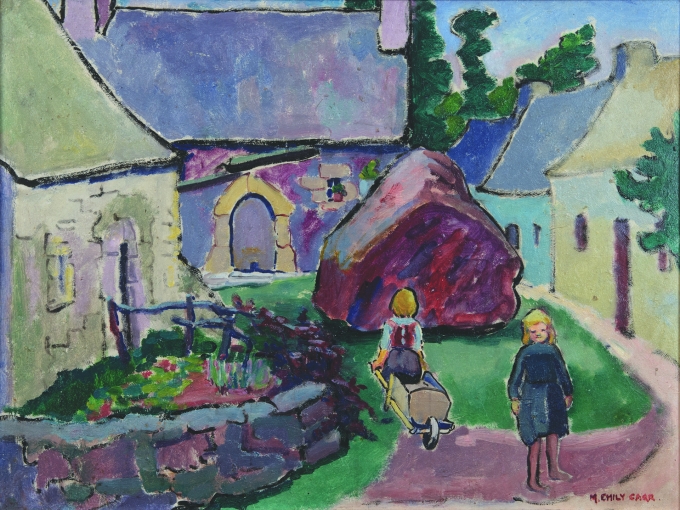 Born in 1871 to British-born parents, Emily Carr was the second youngest of nine children. Following the deaths of her parents, the young Carr spent two years at the San Francisco Art Institute before continuing her studies in London at the Westminster School of Art in 1899. She spent a few years teaching art to women and children in Vancouver. However, it was not until she went to France with her sister Alice in 1910 that her work truly began to flourish. It was in Paris that she first encountered fauvism and post impressionism, fundamental to the development of her mature style. Upon her return to Canada in 1912, Carr began applying this new aesthetic to the subject matter of aboriginal art and the unique landscape of First Nations communities in the coastal northwest. She first visited the area with Alice in 1907 and became fascinated by “its primitive greatness.” In 1913 she settled back in Victoria and spent fifteen years running a boarding house called “a house of all sorts.” Carr continued to travel north and in 1927 she went east, meeting members of the Group of Seven. Lawren Harris was particularly influential and encouraged her to continue painting with renewed force. The focus of her later paintings shifts away from native themes and onto the western landscape. When Carr’s health began to fail in 1937 she began writing more and painting less. She died in 1945. 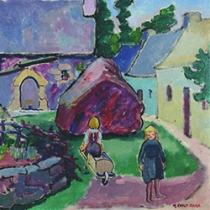 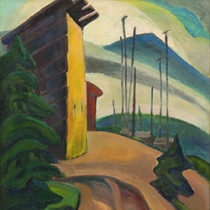 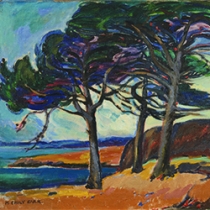 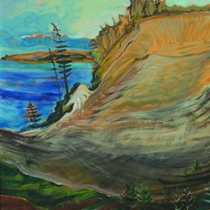