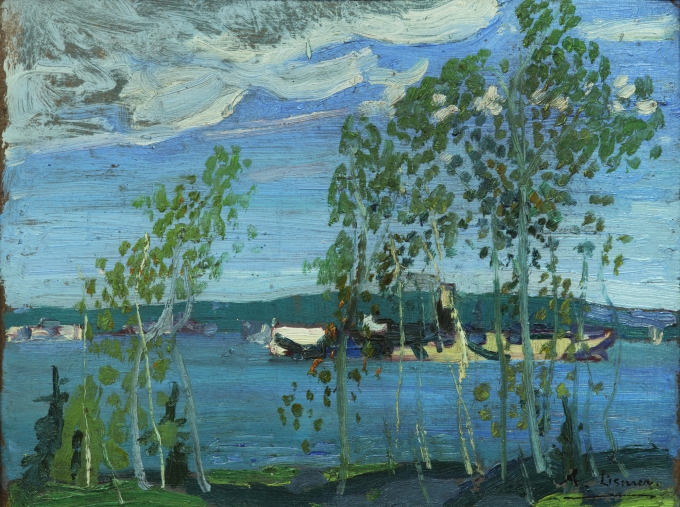 Although a charter member of the Group of Seven, Arthur Lismer did not set foot in Canada until the age of 26. He was born in Sheffield, England, in 1885. Lismer left school at the age of 13, to begin his artistic studies. For seven years he spent his days as an apprentice with a local photo-engraving firm, and his evenings at The Sheffield School of Art. In 1906 he went on to the Académie Royale des Beaux-Arts in Antwerp. He returned to Sheffield in the spring of 1908, where he worked in a commercial art studio before moving to Canada in January 1911. He was hired at the art firm Grip Limited, and later at Rous & Mann in Toronto where he met Tom Thomson, J.E.H. MacDonald and Franklin Carmichael. Lismer returned to England brieﬂy in 1912 to marry Esther Ellen Mawson and returned with her to Canada. He also brought with him Fred Varley, another artist who would join the Group. Lismer was a part of a number of sketching expeditions to Georgian Bay and Algonquin Park before he took his young family to Halifax, where he was Principal of the Victoria School of Art and Design. The family lived in Halifax from 1916 until 1919, when he returned to Toronto to work as Vice-Principal of the Ontario College of Art. Later he went on to become the Supervisor of Education at the Art Gallery of Toronto. Arthur Lismer was a world leader in art education. He established a school in South Africa as well as teaching at the Art Association of Montréal from 1940 to 1967. He died in 1969. 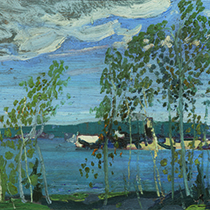 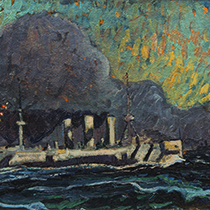 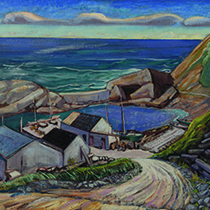 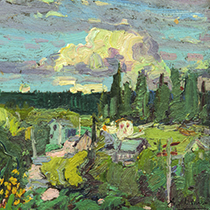 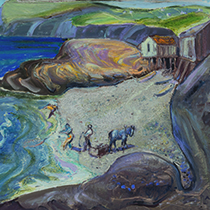 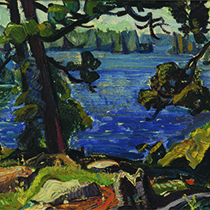 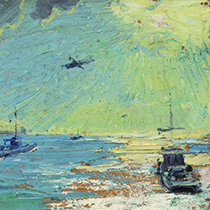