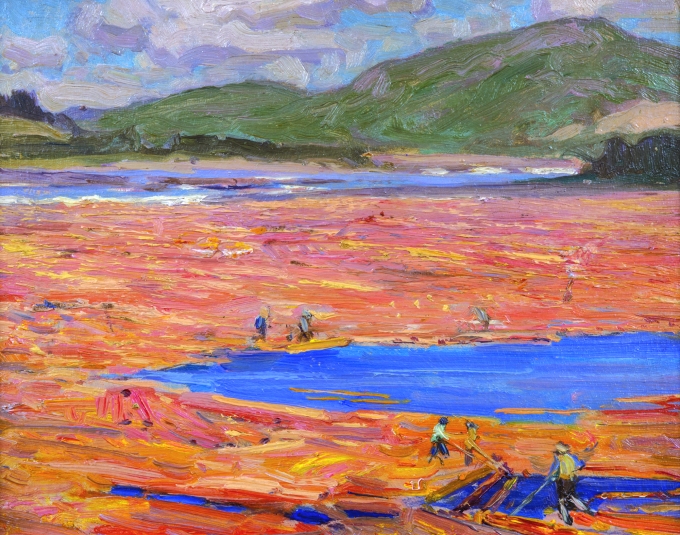 The most senior founding member of the Group of Seven, James Edward Hervey MacDonald was born in 1873 in Durham, England. His father was a cabinet maker from Canada and moved the family to Hamilton, Ontario, in 1887. It was here that MacDonald studied art, first at the Hamilton Art School and later at the Ontario School of Art and Design. At the age of 16 he began an apprenticeship at a lithography firm, then worked at Grip Limited from 1896-1903. He moved to London, England, where he worked at Carlton Illustrative Studio from 1903 until his return to Grip in 1907. It was here, as Art Director, that MacDonald met Johnston, Thomson, Lismer, and Carmichael with whom he formed a close group that developed into the Group of Seven. In 1911 he left Grip Limited and moved with his wife Joan Lavis and son Thoreau to Thornhill, Ontario, to pursue a career as a professional artist. Following an exhibition of his works at the Arts and Letters Club in Toronto he was contacted by Lawren Harris, who became a great influence on MacDonald. In 1913 he went with Harris to see an exhibition of Scandinavian art in New York. These works demonstrated how other northerners depicted the savage wilderness of their homelands, and convinced them to do the same. After the First World War, MacDonald, and the rest of the Group, began taking sketching trips in earnest. In 1922, MacDonald became a full-time instructor at the Ontario College of Art and spent his summers travelling throughout the Rockies. He died in 1932. 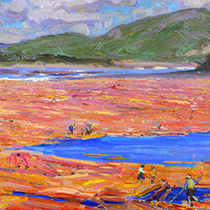 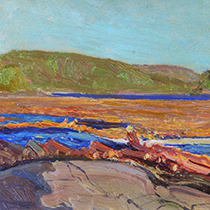 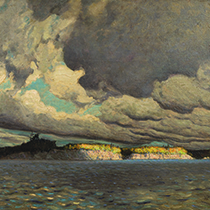 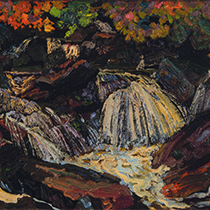 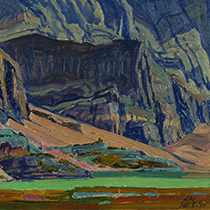 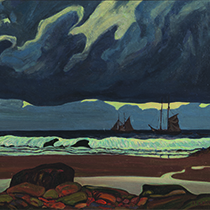 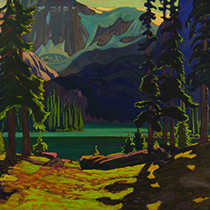