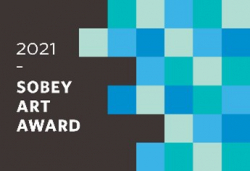 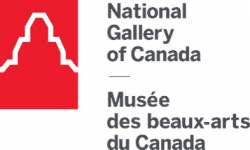 OTTAWA, Wednesday, February 17, 2021 — The Sobey Art Award, now recognized as one of the world’s most generous privately funded prizes for contemporary visual artists, is thrilled to open up the competition to emerging Canadian artists of all ages.

Jointly administered by the Sobey Art Foundation (SAF) and the National Gallery of Canada (NGC), the Award celebrates the careers of emerging Canadian artists through prize money and recognition. The SAF and NGC are pleased to announce a return to an in-person exhibition of the five shortlisted winners after the annual show was cancelled last year due to the pandemic. The exhibition will be presented at the National Gallery during the fall of 2021.

An independent jury consisting of curators from five regions (Atlantic, Quebec, Ontario, Prairies/North, and West Coast/Yukon), as well as two international jurors, will oversee the competition.

The NGC will accept nominations for the Award from recognized agents, artists, and institutions. The NGC will notify the sender by e-mail upon receipt of a nomination package.

Deadline for nominations are extended until Friday, March 19, 2021, no later than 6 p.m. EST

About the Sobey Art Foundation

The Sobey Art Foundation was established in 1981 to carry on the work of late entrepreneur Frank H. Sobey who was a dedicated collector of Canadian art. The Sobey Art Award, started by the Foundation, ran in 2002, 2004, 2006 before becoming annual in 2007. Since its start in 2002 the Award had an upper age limit of 40. This restriction has been removed for 2021 onward.

About the National Gallery of Canada

The National Gallery of Canada is home to the largest collection of contemporary Indigenous art in the world, as well as the most important collection of historical and contemporary Canadian and European Art from the 14th to 21st centuries. Founded in 1880, the National Gallery of Canada has played a key role in Canadian culture for well over a century. Among its principal missions is to increase access to art for all Canadians.

For media enquiries only: